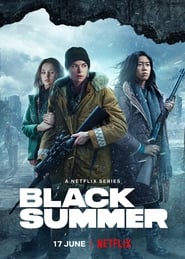 Description : A mother searches for her daughter after civilization collapses due to a Zombie outbreak.

Black Summer is an American web television zombie apocalypse drama series, created by Karl Schaefer and John Hyams. The first season, consisting of 8 episodes, was released on Netflix on April 11, 2019.

The series is produced by The Asylum, the same production company behind Z Nation, and is written and directed primarily by Hyams. Jaime King stars in the lead role as Rose, a mother who is separated from her daughter during the earliest and most deadly days of a zombie apocalypse.

Many of the filming locations are in Calgary and Alberta in Canada.