Description : After a bad break-up, Jess, an offbeat young woman, moves into an apartment loft with three single men. Although they find her behavior very unusual, the men support her – most of the time.

New Girl is an American television sitcom created by Elizabeth Meriwether for the Fox Broadcasting Company that originally aired between 2011 and 2018. Under the working title Chicks & Dicks, the series revolves around a kooky teacher, Jess (Zooey Deschanel), after she moves into a Los Angeles loft with three men, Nick (Jake Johnson), Schmidt (Max Greenfield), and Winston (Lamorne Morris); Jess’ best friend Cece (Hannah Simone) is also part of the series. The show combines comedy and drama elements as the characters, who are in their early thirties, deal with maturing relationships and career choices. New Girl is a joint production between Elizabeth Meriwether Pictures and 20th Century Fox Television and syndicated by 20th Television. 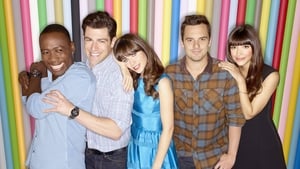