Description : A young surgeon with Savant syndrome is recruited into the surgical unit of a prestigious hospital. The question will arise: can a person who doesn’t have the ability to relate to people actually save their lives?

The Good Doctor is an American medical–drama television series, developed by David Shore, based on the 2013 South Korean series of the same name. The show is produced by Sony Pictures Television and ABC Studios, with Shore serving as showrunner. The series began airing on ABC on September 25, 2017. 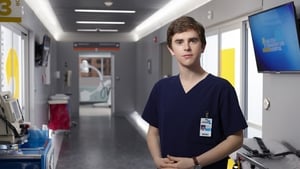